Dr. Robin Krieger graduated with a Bachelor of Science and Honors degree from Michigan State University in 1997 and a Doctor of Veterinary Medicine Degree from Michigan State University in 2001. She then completed an Internship in small Animal Medicine, Surgery (soft tissue and orthopedics) and Emergency in 2001-2002. Dr Robin then went into small animal general practice in Redford, MI for the next year before returning to emergency medicine full-time in Ann Arbor, MI over the following 5 years. Her special interests include surgery, both soft tissue and orthopedics, ultrasound, reproduction and neurology.

She spends her free time with her son, Jackson and with her currently 8 dogs: Ayla, and the French Bulldogs: Cashew, Bug, Mara, Poppy, Cora, Atta and Amelia. Her horse, Roman, had to retire due to injury. Dr. Robin spends most of her time training, showing, and breeding her dogs, but they are first and foremost companions. She also enjoys watching movies and hockey (Go Wings!), reading and traveling when possible. 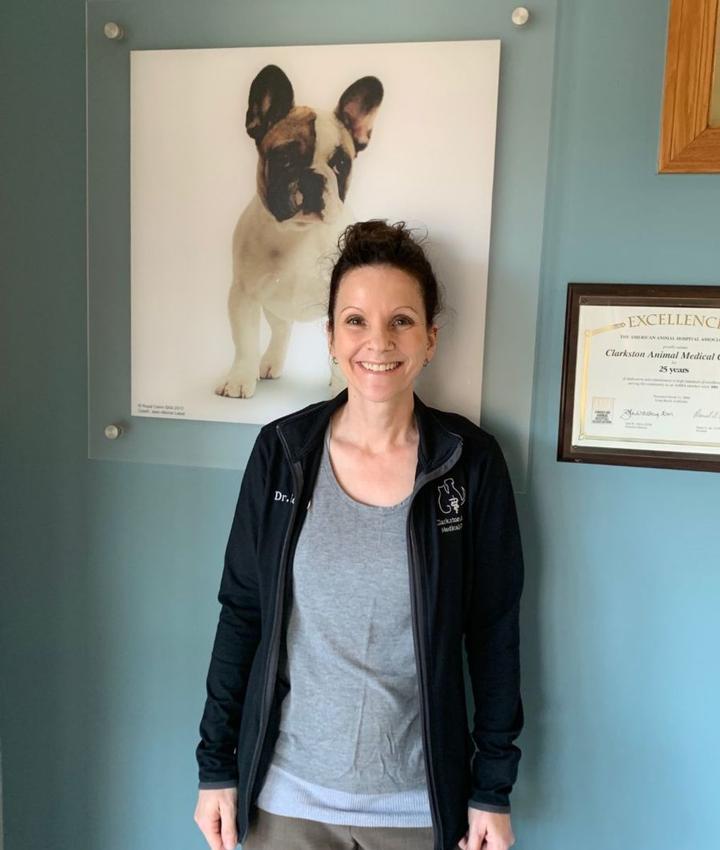